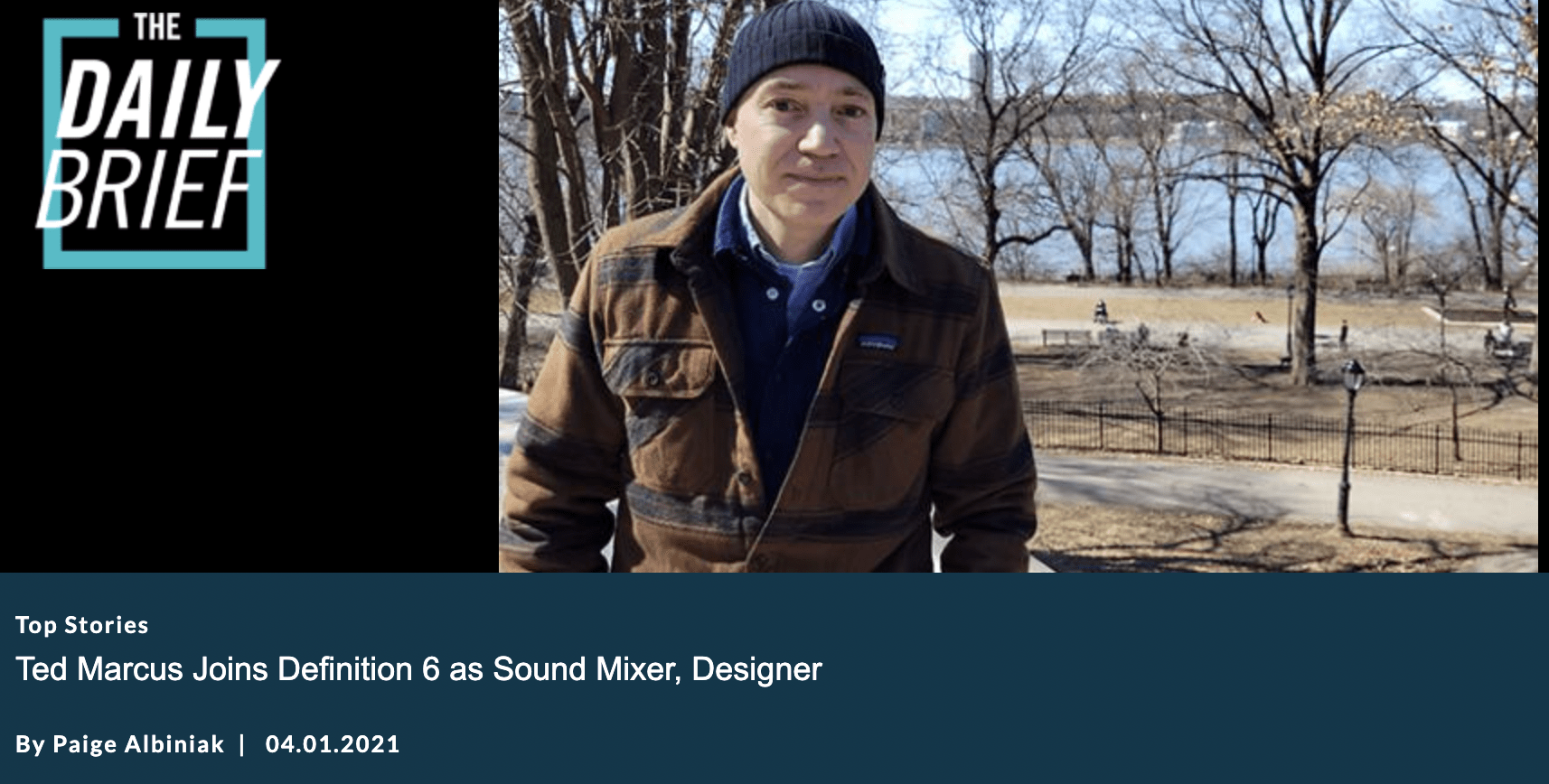 “For as long as I’ve been working in the industry, I’ve known of Ted’s reputation as one of the most respected in his field,” said Dan O’Sullivan, Definition 6’s VP of sound, in a statement. “The experience and expertise he brings to Definition 6 further strengthens our team and allows us to provide even better service and creative for all our clients and colleagues.”

“I already feel right at home with D6,” said Marcus, also in a statement. “For the past 20+ years, we’ve been working and evolving in parallel and admiring each other along the path. I look forward to collaborating with such a talented, all-encompassing team of creatives who always seem to have their finger on the pulse of what’s next.”

Marcus comes to Definition 6 from New York-based SuperExploder, which falls under the umbrella of Northern Lights’ family of companies. While there, he worked on such projects as HBO’s Westworld and Big Little Lies, NBC Sports’ NASCAR and Thursday Night Football, as well as Trickle Up, a nonprofit international development organization.

Prior to that, Marcus was at Ultrabland, working on campaigns for HBO’s Game of Thrones as well as on campaigns for Cinemax, National Geographic and FX. In 2011, he was part of the team that won a Sports Emmy for HBO’s 24/7 Jimmie Johnson: Race to Daytona series.

From 2000-06, Marcus headed audio for MTV’s on-air promos division, spearheading the development of its in-house audio facility. During his tenure, he worked on the 2002 Video Music Awards’ takeover of NYC, including immersive installations at the Rockefeller Center, Vanderbilt Hall at Grand Central Terminal, and other landmarks around the city.

Marcus was invited to tour with the Meat Puppets as a drummer in 2006, which was followed by four years of writing, performing and touring with the popular rock band, as well as recording two full-length albums. In between, he continued to take on mix assignments for clients.

“I thrive on the creative collaboration,” Marcus said. “I love helping a director, producer or editor to realize their goal—taking what’s in their head and interpreting it through sound. It’s about building the sound design and effects around the story first, so it has the right impact. With Definition 6, I’m really looking forward to sharing knowledge and resources, and bouncing ideas off of each other, always in the spirit of finding better ways to work and be better at our craft.”

Brands and Marketing in the Metaverse – Part 3: Community